The shorelines of the Eastern seaboard have enamored tourists for over a century. From the Outer Banks in North Carolina to the Hamptons in New York to the cliffs of Cape Cod in Massachusetts, Americans have reveled in the untouched beaches that became symbolic of the country’s natural beauty. Before the Industrial Revolution, which provided easy access through railroads, the shore was actually synonymous with frightening phenomena such as hurricanes and shipwrecks. As Daniela Blei writes, “the modern embrace of the beach for the purposes of health and hedonism, recreation and retreat, came with the rise of urban, industrial society.”[1]

In the age of urbanization, American seashores were a respite from civilization. In the watercolor Beach Scene at Coney Islandfrom 1905, Miss. M. J. Whaley (1871-1938) gives the viewer a sense of just how desolate these sandy shores were at the time; there are no lifeguard stands or ice cream trucks, beach monitors or trashcans. Modern audiences might be surprised that this scene is of Coney Island, which has since become a busy, commercial Boardwalk. It appears it was the intention of Miss Whaley, who also made engravings for book publications, to lightly coat the paper with color, leaving a light and airy impression of the bright beach.[2] This approach is also evident in the areas of bare paper that delicately conjure the frothy sea foam.

In another watercolor – the ideal medium for a quick sketch – Pauline Palmer (1867-1938) of Chicago, Illinois depicted the seashore near her summer home in Provincetown, Massachusetts. A popular vacation spot with its own art scene, Provincetown was the ideal retreat for Palmer and her husband Dr. Albert Palmer and they became active in the local community.[3] In this work Palmer, who attended the Chicago Art Institute, frames two young women by local fishing boats. Notice how this shoreline, as opposed to that of Whaley, becomes a site of both work and leisure.

Visits to the shore had become such a popular pastime by the early nineteenth century that they were reproduced as color lithographs, which were more accessible in price.[4] In a print by Fidelia Bridges (1834-1924), an empty beach is featured strewn with sea shells and seagulls. Likely completed after an original watercolor and published by her collaborator, the lithographer Louis Prang, this print falls into the category of her later work in the 1870s or 1880s.[5] At this point, Bridges was successful enough that she could retire to the countryside and focus on a more light-hearted mode, which one critic referred to as a “sentimental” phase emphasizing storytelling.[6] The story told here is of those happy summer days that make the season universally beloved.

[4] Chromolithography, later termed photochrome, was a type of color printing developed in the 19th century that could create sophisticated copies of detailed paintings such as watercolors.

[5] Fidelia Bridges began collaborating with Louis Prang in 1876 when he reproduced her watercolors for the October, 1876 edition of Scribner’s Monthly: An Illustrated Magazine for the People. Scribner’s Monthly was a subscription periodical reproducing some of the most popular compositions of the period at a price point that average consumers could afford. Edward T. James, Notable American Women, 1607-1950: A Biographical Dictionary, vol. 2 (Cambridge, MA: Harvard University, 1971), 238. Bridges produced over 63 designs for Prang. May Brawley Hill, Fidelia Bridges, American Pre-Raphaelite: Essay and catalogue Unknown Binding (New York: Berry-Hill Galleries, 1981), 23. 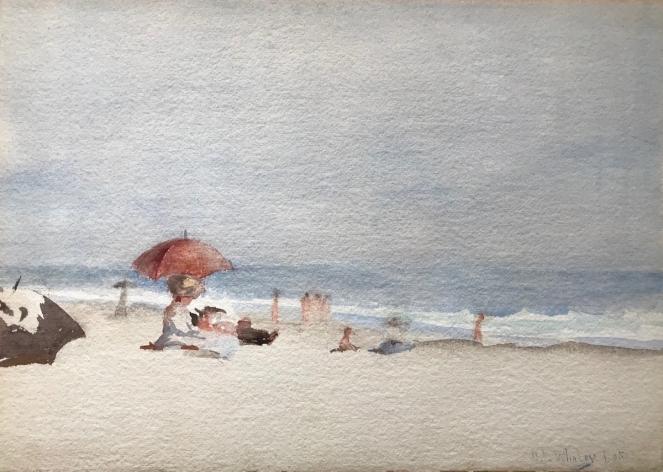 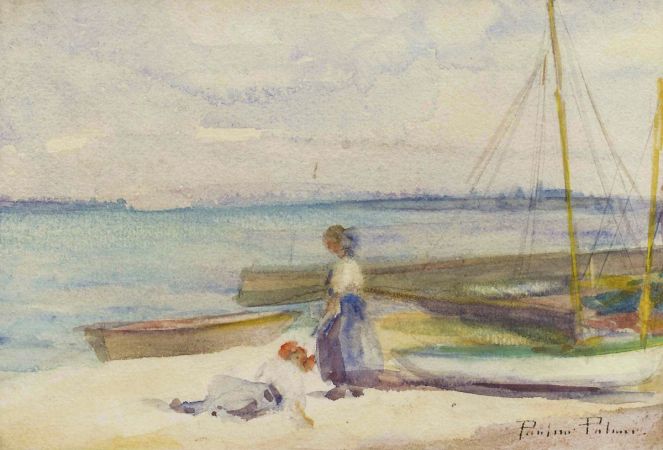 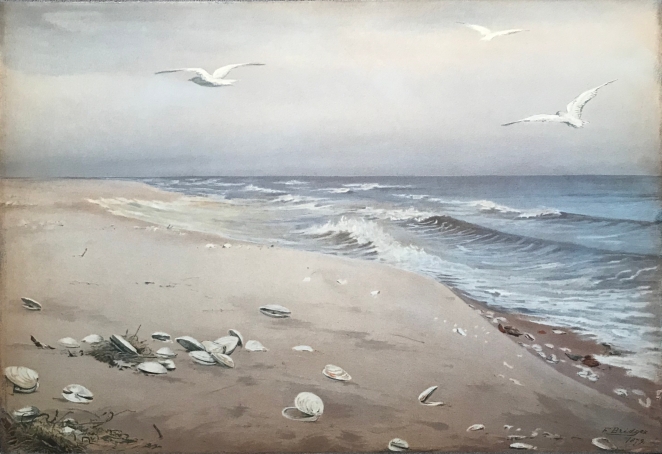