The sketchiness of an impressionist painting is often tied to the airiness of the season, the time of day, and the location of the view. Spring time, which has been described as “the sun shining on the rain and the rain falling on the sunshine,” provides ideal scenes of flickering shadows and dewy flowers.[1] As a season full of light, spring was a known favorite of the Impressionists.

Agnes Louise Symmers’s (1882-1941) breezy spring painting of her back yard, The Artist’s Garden, Rye, NY, leads to a waterway in the near distance. In the foreground, the dotted paint strokes capture the lushness of the vegetation, while the flat, thin strokes of blue in the background become a still lake. Here Symmers, who studied at the original Art Students League on 16th Street in New York City with Robert Henri (1865-1929), applies the French Barbizon style to a classic American landscape on the Long Island Sound.

In Spring in Central Park, Laura Trevitte Horne (1891-1958) fabricated an exaggerated impasto that envelops the viewer in florid abundance. The brushstrokes in the blossoming trees swirl in a vortex while again the greenery in the foreground is comprised of thin ‘jabs’ of paint. These strategies of differentiation, which Horne learned at the National Academy of Design under George Bridgman (1865-1943) in New York City, create variety within the recognizable style of Impressionism.

Lastly, in a later scene titled House in a Mountain Landscape, the artist Hazel Barker Hayes (1894-1984) updated turn-of-the-century Impressionism through her use of even looser and broader strokes and color planes. The pithy accents of yellow throughout give the effect of spring flowers and the way they suddenly appear overnight. The brush strokes in these canvases, like the season they portray, bloom with cheer and optimism. 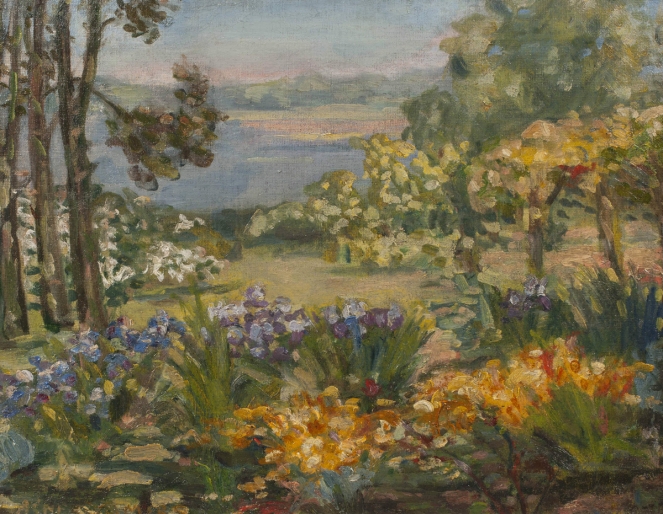 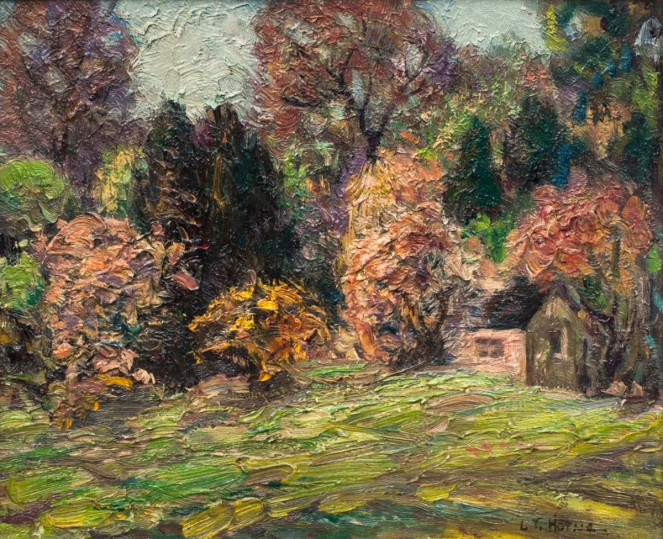